5 Ways a Corporate Crisis Can Affect Your Bottom Line

No organization is exempt from crises, that’s why it’s so important to always be prepared.

Imagine for a moment that you’re an executive at United Airlines. In the past year, your company has experienced numerous high-profile incidents. You’ve watched the company’s stakeholders react and have seen the impact of the corporate crises unfold. The culmination of these incidents continue to erode the reputation of the company which you’ve worked hard to build.

It started after highly-publicized video footage of a passenger being aggressively dragged off of one of your planes circulated worldwide last year. From this incident alone, United’s stock dropped 4 percent, reducing the company’s market capitalization by $770 million in just one week. More recently a high-profile customer service incident resulted in the death of a passenger’s puppy. This spurred widespread public disapproval and an immediate drop of nearly 3 percent in the airline’s shares.

And while this may seem like a dramatic or sensationalized example, it’s real. We all read the news stories and watched the ripple effect of these very public incidents. And something comparable could happen in nearly any industry – trust us, we get enough crisis phone calls to know.

Now imagine you’re you, working at your current company, in your current role. Do your responsibilities include crisis management, risk management or stakeholder communications? If so, you will be critical to helping your company respond quickly and appropriately when a crisis strikes (and I say “when,” not “if” – because it’s only a matter of time).

You’re likely aware of the impact a corporate crisis could have on your organization. But, if you’re having trouble convincing your bosses that crisis preparation is critical – and a valuable investment – here’s how you can get their attention. Focus on: Money. Revenue. Profit. The Bottom Line. Or, whatever term your organization uses.

A mishandled corporate crisis can have both direct and indirect impacts to your revenue, profit margins and reputation. While you may be more familiar with the direct effects, the indirect ones can have just as much financial impact.

Here are five potential losses to your company if you are hit with a corporate crisis.

A direct financial loss is oftentimes the most jarring – and what may finally turn executives’ minds to the question, “Could this crisis have been avoided?”

In the United Airlines example, their stock (and market capitalization) took an immediate hit. This negatively impacted all company shareholders, from employees to outside investors. Combined with the competitive airline industry and rising fuel costs – this all could ultimately contribute to a steady decline and troubling outlook for shareholder value.

As a result of the initial “passenger dragging” incident, United Airlines experienced an almost immediate $255 million drop in market value. In addition, the airline seemed to incur a trend of highly-publicized scandals throughout the next year, many of which they are still working to recover from. The death of a passenger’s puppy and accidently sending a Kansas City bound dog to Japan represent two more high-profile issues which occurred within the same week in 2018. Because of the influence of social media and the multitude of incidents – it’s clear their reputation took a hit.

The negative attention naturally leads to a loss of customer loyalty and more aggressive competitors seeking to capitalize on your troubles – a dangerous mix that can erode short- and long-term sales.

Take a look at your organization's crisis plan

Download our Complete Guide to Crisis Communications Planning and get ahead of these 5 potential losses.

Loss of (or Inability to Attract) Talented Employees.

I’d venture to guess that many United Airlines employees were upset and embarrassed by these highly publicized incidents. If they once felt proud to tell others where they worked, they likely felt disillusioned by the incident itself and how their CEO and others responded. While distracted by speculations around the situation and without proper internal communication, employees probably experienced low morale and poor productivity. Additionally, the media has something that is ingrained and more difficult to change.

Top performers want to work at great companies who are financially stable (and growing) and that meet certain moral and ethical standards that align with their own values. Often the way a corporate crisis is handled leads to a negative impact on the company’s reputation, and ultimately its ability to draw interest from the most talented recruiting pool.

Companies in crisis will likely incur one-time, or even recurring, unexpected costs. These could range from increased operating, capital or regulatory costs – from updating manufacturing operations to correct a product recall issue, to paying legal fees and settlements resulting from a customer lawsuit.

When our firm surveyed companies as part of the 2016 Reputation Risk Report, we found that of those who had experienced a reputational issue, 18 percent reported that it cost the organization more than $500,000. Another 18 percent said costs fell in the $100,000 to $500,000 range.

Especially when the issue or crisis is emotional or tied to people’s core values, loss of trust with your employees, customers and partners is extremely likely and hard to earn back.

Let’s say, for instance, your company decided to continue with the production of an automobile line – using airbags known to have potential faults – to save on production costs. If the faulty airbags led to injuries or deaths that were preventable – the reputation of the company and the trust it once had with its stakeholders may never recover. In the case of United, customers took to Twitter and rapidly shared the hashtag #boycottunited. Within days this hashtag had over 3.5 million impressions.

After a corporate crisis, many companies can easily total up the hard costs they were hit with following the turmoil. It’s the soft costs that can add up, and potentially never end, as you must continually work to rebuild your company’s reputation, customer loyalty and stakeholder trust.

It’s an uphill battle, and one that can be avoided (or at least eased) by preparing for a crisis before it occurs. Preparation is always cheaper. What are you waiting for? 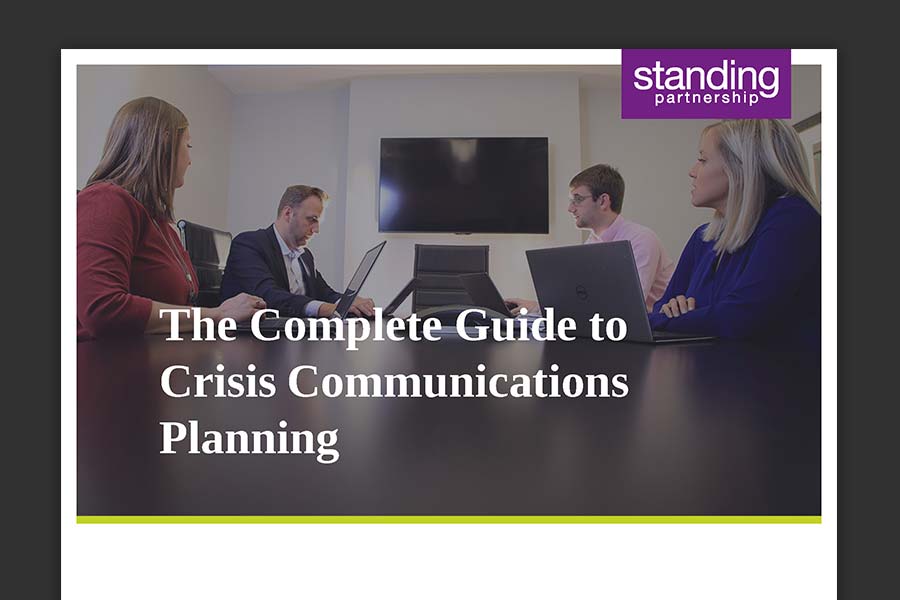 We hope this step-by-step guide helps you assess your organization’s preparedness for a crisis.

Align Your Company’s Award Strategy to Your Business Goals

It’s Time to Move from CSR to ESG Reporting